A few weeks before my 8th grade promotion, I dyed my hair a dramatic shade of red. At age 14, the bright, bold color felt like a rebellious choice—a bucking of the norms.

I dyed my hair as an act of self-expression.

Through high school and into my early twenties, dying my hair felt like a fun way to freshen up my style. But eventually the upkeep and the cost began to wear on me, and I decided to say goodbye to the dye and embrace my natural color.

Now at age 38, rather than a fresh, playful choice, dying my hair feels like a cultural call to conformity.

As more and more silver strands have begun to join my typically brown hair, I feel a mounting pressure to cover them up. And especially, this last year of my life, as a solid silver streak has begun to form at the crown of my head, the pressure to dye is stronger than ever.

I try to tell myself that these gray hairs are wisdom’s kiss. That my silver hairs shine like silver moonlight revealing the years I have lived, marking me with longevity, vitality, life.

And sometimes that feels true, and I am grateful for this mark of a life well lived. But often as I look in the mirror, what I see is “old,” “ugly,” “worn-out,” “gross.”

These labels aren’t ones I came up with on my own. They are given freely to all women in this American culture of ours that abhors aging.

Just yesterday one of my most down-to-earth friends, who is in her early thirties, confessed that when her husband asked her teasingly with eye-brow raised, “is that a gray hair I see?” she immediately went out to the salon and asked her stylist to color her locks.

Going gray is a fate to be feared. I have countless memories of the women in my life rejecting their gray hair as if it were the devil himself. And now as I look into the mirror and see gray hairs of my own, I hear those messages surfacing.

As girls and as women, we are taught that our value lies in our outward appearance—the more beautiful a woman is, the more she matters. And in our culture, youth equals beauty. And for women, beauty means belonging.

Now granted, gray hair is having a moment. There are stunning gray-haired models like Linda Rodin and Yasmina Ross who are rocking both their age and their gray hair on magazine spreads. And celebrities like Kim Kardashian, Pink, and Rhianna have actually paid good money to go gray.

But despite this recent trend, gray hair firmly remains a female taboo, as evidenced by the experiences of other women in the public eye.

Kate Middleton, the duchess of Cambridge, for example, was publically shamed by a celebrity stylist because she had some gray hairs exposed at her roots. “Disastrous,” the stylist quipped.

In her article for The Guardian, Karen Kay illustrated this pressure on women by quoting the opening lines of a speech Hilary Clinton gave in 2001 to graduating law students at Yale University:

Clinton’s advice is hard-earned. After years of being in the public spotlight, critics often had more interest critiquing her haircut than her political ideas. Even as she drove a fierce presidential campaign in 2016, winning the popular vote, Clinton reportedly spent 600 hours of her campaign-time having her hair and make-up done. A reality she attributes to American sexism, according to a Newsweek report.

In my personal life, no one thankfully has ever said anything negative about my graying hair. No one has ever even mentioned it, aside from my little brother who couldn’t resist pointing it out at a family gathering (though he quickly added that he liked it—sweet brother). My husband tells me he loves me exactly as I am, and after all we’ve been through together, I believe him. It is only my inner critic that lays into me about the grays.

Yet seeing strong and influential women like Kate Middleton and Hilary Clinton having to deal with not only the perceived pressure of society, but the real and brutal voices of people publically critiquing the color and cut of their hair, helps me to better understand that my own internal voice of shame was not created in a vacuum.

We can’t escape being influenced and informed by our societal milieu, which judges the value of a woman based on her appearance. It takes a brave and strong woman to stand against the tide of female-objectification, of which anti-aging is but one crashing wave. In order not to be bowled over by it all, it takes brave and strong women standing together.

I don’t know if I’ll end up dying my hair or not. Maybe one day I’ll go red again and relive that rebellious feeling I had at 14. I’m definitely not against hair-dye. But I certainly don’t want the choices I make to be a caving-in to sexist standards that objectify women. If ever I do decide to dye my hair again, I want it to be an act that comes from a head held high not one that is bowed in shame.

In addition to serving on the AWW leadership team as Curator of Aesthetics and Program Content, Stephanie is a creative contemplative with a passion for discovering the sacred in art and nature. Recently she's been investing her energies creating  Field Guides for the Way - seasonal spiritual practice kits that invite you to journey deeper into your relationship with God, your own heart, your life. Check out the website for more. 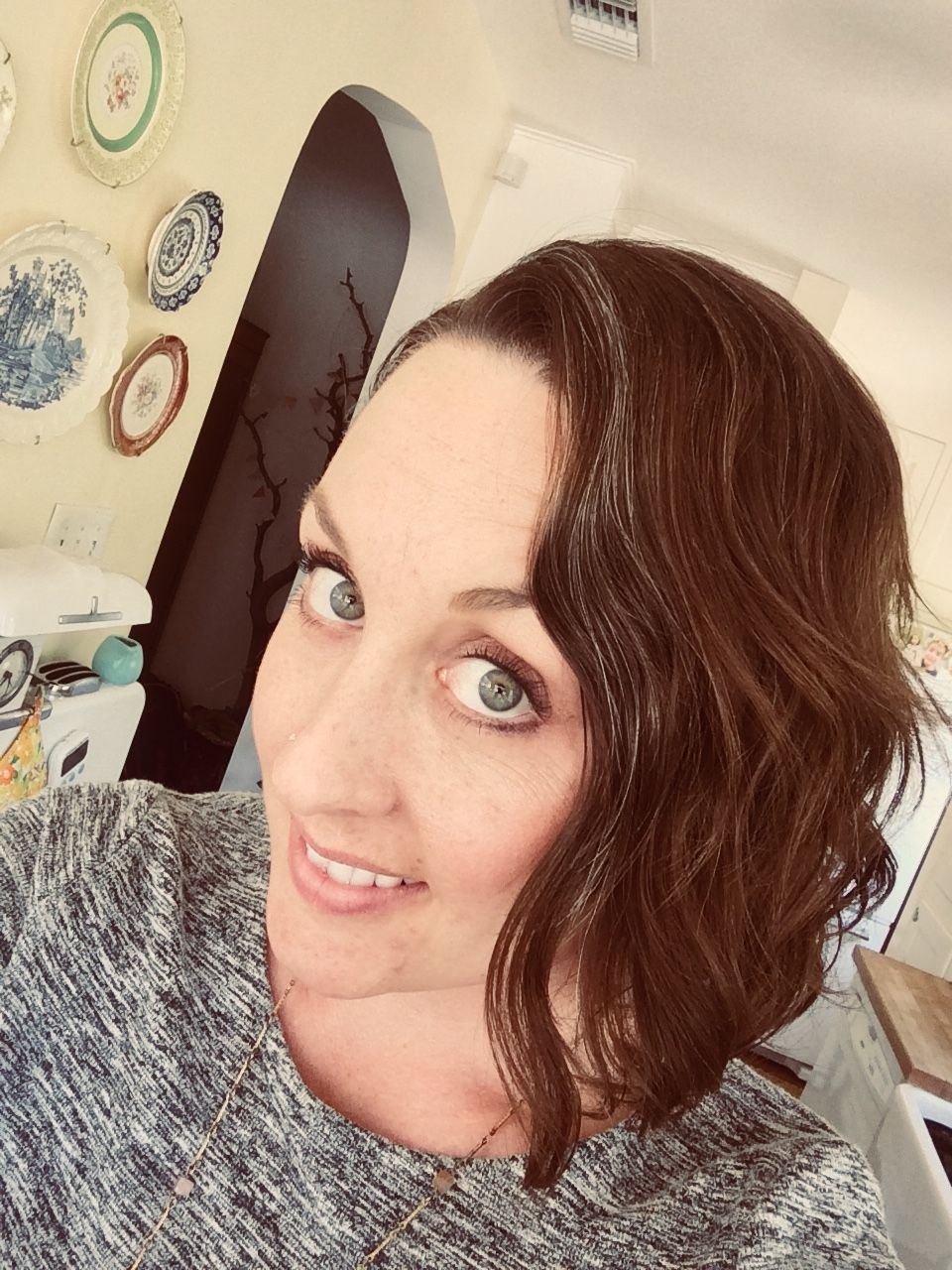