The Story Behind the Story

I learned at a pretty early age that there are always (at least) two sides to every story. I’m pretty amazing at playing devil’s advocate…unless of course, I’m the one who “knows I’m right.” My own life and the lives of everyone I know have also convinced me that there is always a story deeper than the surface of an individual, but I forget that all the time. I judge people at face value more often than I would like to admit and often I find myself keeping out of situations where I don’t know people and have to meet someone new… What if they’re not friendly? What if they’re boring? What if they would prefer to be talking to someone else? What if they are exactly who they seem to be and there’s nothing underneath the surface?

These thoughts war against the other side of my brain that chants…there is always something more! Dig just a little and you will find your shared humanity.

Recently I was offered the opportunity to attend a dinner party. A few people I knew were going to be there but most of the folks that would attend would be strangers and it was far from my typical crowd. I agreed to go and even to help plan the meal but a week before, I got extremely anxious about it. I tried to back out but it was really too late to do so and my responsibility complex kicked in. The day of the dinner, I found myself filled with dread even as I bought supplies and baked cookies. I semiconsciously begged my body to break down or my mind to come up with some excuse so I wouldn’t have to go, but I didn’t come up with anything that didn’t make me feel like a weenie.

I was the first one to show up (always awkward for an introvert…and a dinner party in LA) and met our hosts, one English gentleman in his 60s with a sweet demeanor and a kind face and a guy in his late 20s that looked familiar, though I couldn’t place where I might have met him. We got more information about the flow of the evening and a heads up on some of the guests who would be attending. Those of us who had worked together to plan the meal began to set things up, which was good for me because I’m a person who feels more comfortable when I have something to do with my hands.

A few minutes later, the rest of the dinner party started to show up. We were planning to have about 30 people come and they trickled in. Drinks and a small offering of appetizers were up first, an offering to bridge the gap of being in the presence of strangers.

I have a hard time meeting strangers.

So I did. Because when one volunteers to help plan a dinner party for 30 people, it’s generally the practice that one should also be friendly. And the truth is that once one (me) practices for a little bit, it gets easier.

As it turns out, there were a lot of interesting people in that room. I met a woman named Andrea who I estimated at about my age who had grown up in Los Angeles but was estranged from her family that lived less than 10 miles away. We talked about how her father had treated her in recent years and how she felt a bit written off by him and how I could relate to the feeling. She shared about how her baby sister had decided that her older sister got too much attention that should have been showered on her and how that had left them estranged.

I met an older black man, Bill, from Memphis who had been a musician there, a guitar player. He exuded the essence that you see in a documentary about southern blues and jazz musicians in the 1950s and 60s. When I asked him about living in Memphis, he started talking about Elvis, who he had met on Beale Street as a young man. He laughed as he talked about Elvis’ dancing and told me with a twinkle in his eye that Elvis had learned a thing or two about guitar playing from him and his other musician friends. He was adamant to assure me that no matter what the press had ever said about Elvis, that he was not at all prejudiced and had enjoyed camaraderie with these Memphis musicians who had inspired his music.

I met a woman who loved the library and the news who talked politics and the state of affairs in Los Angeles.

I met another Englishman who had been a Cambridge scholar in his youth and had studied there at the same time as Stephen Hawking.

I met a towering but gentle young black man named Michael who was nothing but thankful for the meal and the company and his invitation to the party. He pointed out another guy in the room who he knew well and apparently has a bit of a history of being crass with the ladies and told me to let him know if Terry gave me any trouble.

I met another guy in his 30s, James, who is a huge fan of television and movies. Towards the end of the evening when things were dying down, he actually pulled out his computer and we started watching Star Trek: Generations together as he tried to explain to this non-Trekkie why it was the best film in the series.

And that guy in his late 20s who looked a little familiar? His name is Joe and he was my student about six or seven years ago. I remember him as a bit of a punk kid who had really specific ideas about what he could accomplish in the film industry, but he’s since given up a job that wasn’t very fulfilling to move to South Korea and work with an organization that rescues young women from the sex trade there. He happened to be in town over the holidays and had been having dinner with these folks every night for several weeks.

Except for those of us who had volunteered to help plan the dinner menu (which, by the way, consisted of a thoroughly enjoyed picnic themed feast of sloppy joes, potato salad, baked beans, giant dill pickles and homemade chocolate chip cookies), the rest of the dinner guests live for the first three months of the year in a side room of First Presbyterian Church of Hollywood. My church is one of three in the city who come together to provide Winter Refuge for our homeless friends in Hollywood.

At one point, I stood in the kitchen with Joe, a guy who I unfairly would never have imagined having a heart for serving people in need and asked, “Are the stories real? Did that guy study with Stephen Hawking? How in the world could he end up here?” And he just replied that, yes, the stories were true as far as he knew…that stories like this are common among the homeless population in our city…though he hadn’t yet been entrusted with the entire tale of a Cambridge scholar who now finds himself living on the streets of Los Angeles.

There’s some statistic that says that most people in the United States are one to two paychecks away from being homeless at any given time. The guy I see on the street could have just landed there. The teenage girl on the corner could be ten miles from home.

I was reminded that night what a gift it is to have family and friends who love me, to have a warm clean bed to sleep in and a practically new car to drive, to not need a social worker to help me navigate through life, to have a job with a steady paycheck that allows me to travel the world and drink Starbucks and buy things that I don’t always need.

And I was reminded that everyone has a story behind their story and I pondered why it is so easy for me to forget that everyone has deep personal truths lurking beneath the surface, like a treasure chest waiting to be unburied from the sand. A person’s willingness to share their story is one of the things I most value in life but sometimes I forget to ask the right questions or to ask any questions at all…mostly because this icky little voice inside tells me that they don’t really want to talk to me anyway or chides me with the idea that I’m too busy with fill-in-the-blank to listen.

It’s easy for me to forget that at one time or another almost everyone is on a journey to succeed but is capable of getting lost along the way. I have stories that lurk in the deep recesses of who I am. I’ve been lost and then found again. Why is it so hard to remember to see that truth in others?

In stepping out of my comfort zone and following through with a promise I didn’t want to keep; in starting conversations with, “Hi, I’m Chris. What’s your name? Can I get you hot chocolate or tea…or a cup of cold water?” and being part of team that made sloppy joes and homemade chocolate chip cookies, I came away with the gift of a better understanding of the world and of myself.

The women at Alive and Well believe in the power and importance of telling our stories. Thanks to Chris for sharing part of her story with us and reminding us that there is always more to the story. We would like to hear your story. Join us Friday evening, September 22, Harvest: Shared Meals & Storytelling gathering. We look forward to seeing you!

Chris Krebsbach is a professor at the LA Film Studies Center where she has taught and mentored college students exploring their interest in the film industry since 2002.  She has a background in film and theatre and is constantly exploring new ways to express creativity.  She is also deeply interested in exploring our connection to God and each other through contemplative spiritual practices and vulnerability in community.  When not blogging about her thoughts or teaching students how to produce their next short film, Chris enjoys spending time with friends and family, exploring her own creative gifts through writing, acting and directing, and visiting new areas of our big wonderful world whenever possible.  Chris has also recently started a life coaching business for creative professionals who need help moving forward in their careers and creative endeavors. 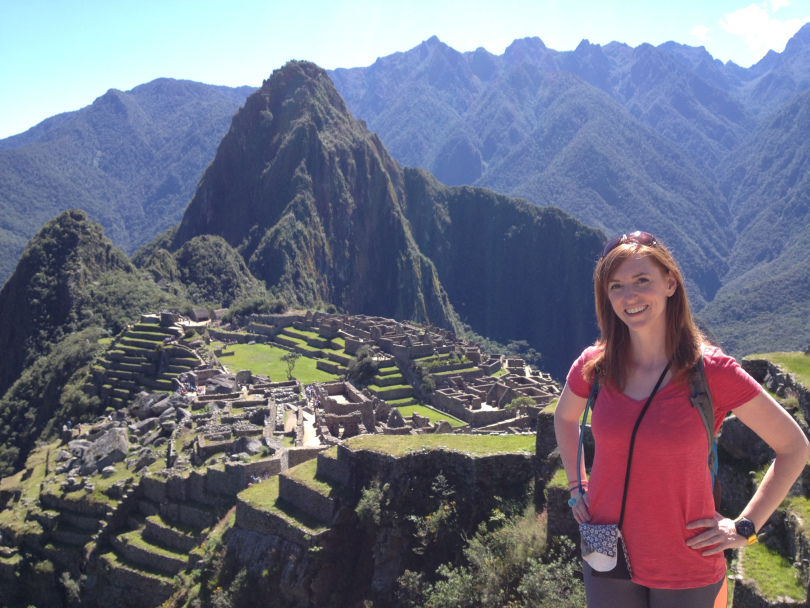